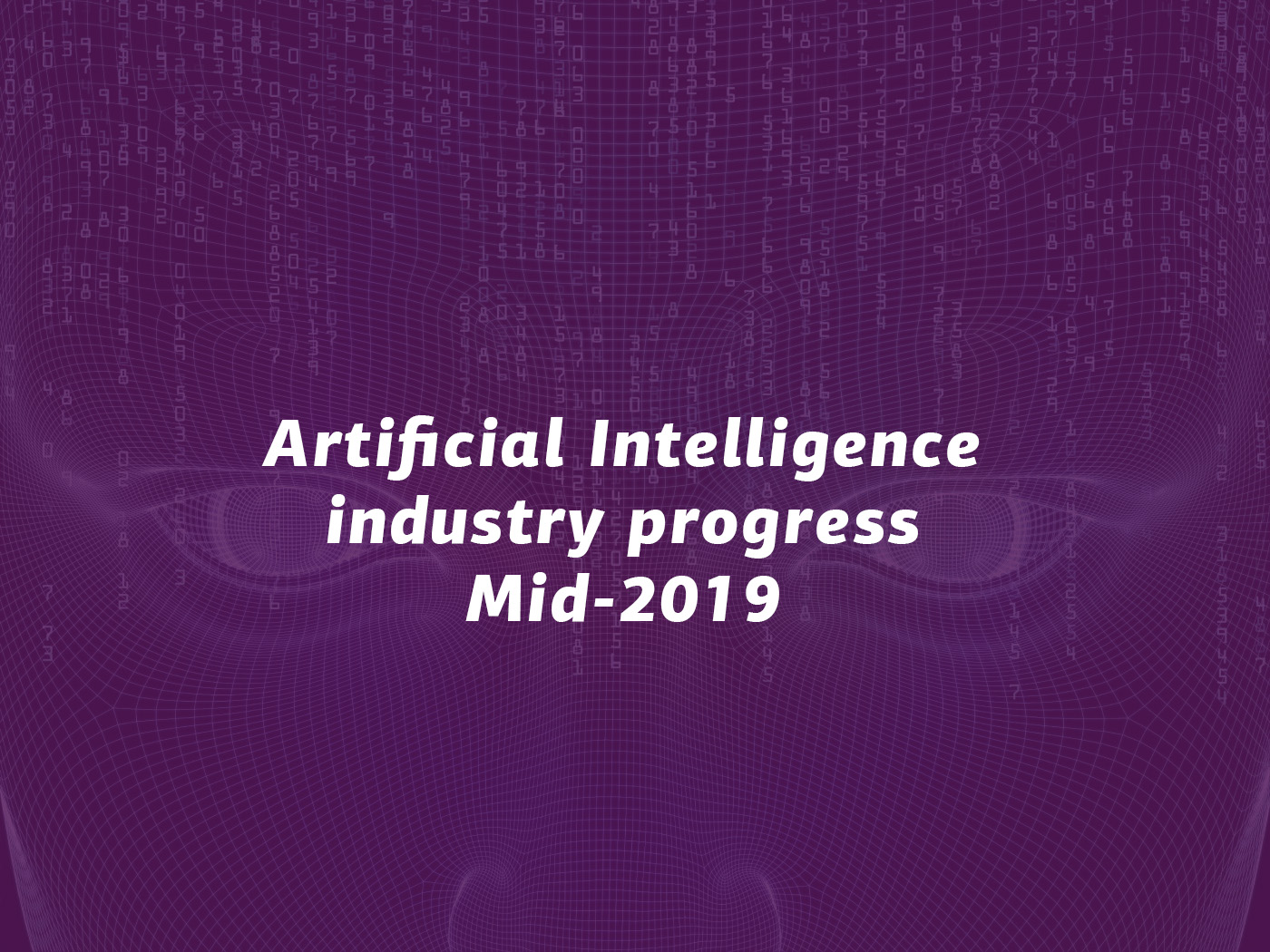 Mid-2019 is a good time to take a look at current Artificial Intelligence progress, especially as we had the Amazon re:MARS a few weeks back.

Other than tech-savvy people involved with online services, many still are not aware that Amazon’s subsidiary Amazon Web Services made more money last year than McDonald’s.

Amazon is the perfect example of company evolution which grew from online book retail to online storage and Amazon Web Services, but now they are heavily focused on Artificial Intelligence as their future.

The Amazon re:MARS convention aim was to bring together some of the smartest people from different industries that all have a keen interest for applied Artificial Intelligence. Some of the topics discussed are neural interfaces, AI-controlled prosthetics, space exploration, and other futuristic ideas.

Show floor presentations included robots and AI projects. These futuristic projects are proof for Amazon and its backers that the world will need the same resources that the company provides now: digital infrastructure, storage, and computing power.

The robots of the future are smarter, as they use artificial intelligence and sensors to see obstacles and adapt to unplanned challenges. Amazon will not sell robots, but it sells the infrastructure they depend on through AWS. RoboMaker is the current AWS service for developing and deploying robot control systems.

We could say that Amazon is planning the robots that will rob us of the meaning provided by physical work.

This year’s Google I/O developer event had a heavy focus on artificial intelligence and machine learning, as well as updates for their products.

“A.I. is one of the most important things humanity is working on.

It is more profound than, I dunno, electricity or fire.”

The Google Assistant, an integral part of Android OS is the product that received the most benefits from AI algorithm improvements, resulting in higher processing with current devices, meaning users will be able to use their voice to play music, perform calls and use Google Maps with their eyes on the road, not on the device.

The AI-powered booking service Google Duplex had more details revealed, and Google promised that similar tech is coming to the web, enabling users to book a rent-a-car with the help of AI.

The sum of privacy-related announcements Google made onstage were received with some skepticism, though the tech giant’s recommitment and a privacy-forward approach to AI and to its products and services more broadly just may keep it in the good graces of its billion-strong user base.

Modern robots are those used in car and other manufacturing factories, big, hard, unmovable, doing one task repetitively. Soft robots are another thing. These gentle robots are aimed for households, handling fruit or vegetables without damaging it.

Recently, researchers in the lab of George M. Whitesides, the Woodford L. and Ann A. Flowers University Professor, have invented soft replacements for the last hard parts required to build a robot. Instead of electricity and wires, pressurized air expands and contracts rubber inflatables to create movement, soft valves take over for the hard, and soft digital logic replicates the same capabilities of an electronic computer. Further replication and customization of the design by other labs will find even more uses.

On the other side, engineers have shown it is technically possible to guide a tiny robotic capsule inside the colon to take micro-ultrasound images. Known as a Sonopill, this device could one day replace the need for patients to undergo an endoscopic examination, where a semi-rigid scope is passed into the bowel – an invasive procedure that can be uncomfortable, if not painful. Researchers are developing better, faster ways of providing human guidance to autonomous robots.

If you have keen insight into a certain AI niche and a few lucrative domain names on your mind, do not waste time go register it, else someone else may get the same idea.